APTA Hall of Fame: The Hall

The APTA Hall of Fame pledges to provide the best home possible to current and future Hall of Fame Members' records and accomplishments, to honour the past, and look to the future. 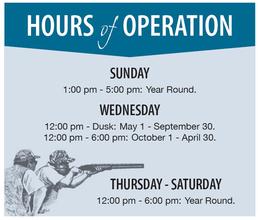 To build, enhance, support and sustain the APTA Hall of Fame, for the posterity of outstanding contributors to the sport of trapshooting in Alberta.

The Hall of Fame

Although the Alberta Provincial Trapshooting Association wasn't officially established until 1952, the sport itself was organized and operating in Alberta in the late 1800's garnering hundreds of competitors from across Canada and throughout the United States, for perennial events such as the Alberta Provincial Championships, Dominion Championships and local spectacles including the Calgary Stampede Grand, and the Edmonton Klondike Grand.

As trap became more popular and organized we saw the development of very well constructed clubs and memberships in Edmonton, Calgary, Lyalta, Lethbridge and Lloydminster, as well as 45 other shooting parks across Canada. Before the establishment of the ATA as we know it now, clubs were registering shoots as far back as 1910 with the Interstate Association, and through to 1922 with the AATA.

More than 25 years after the official formation of the APTA, the directors and membership worked diligently to assimilate and learn from the state associations that were prominent in the ATA throughout the United States in the early 50's and 60's. As the association grew in size and recognizable talents, it was deemed appropriate that we honour the pioneers, top guns, and builders of Alberta just as the ATA was doing in its Hall of Fame in 1968.

In 1977 the Alberta Provincial Trapshooting Hall of Fame was conceived, and in the following two years was officially formed, inducting its first members retro-actively in 1978, and reaching 28 members by 2018. The hall is still located where it was first established, (Calgary Trap & Skeet Club) now on the upper level of the Calgary Firearms Centre.

Rules of the Hall of Fame

The APTA Hall of Fame is administered by the Board of Directors of the APTA.

The APTA Hall of Fame honors members in two categories, Shooter and Contributor. To be eligible for membership in the Hall of Fame, nominees must satisfy the following criteria:

Contributor (Builder) Category – Those who have distinguished themselves by making exceptional contribution to the sport of ATA registered trapshooting over a significant period of time.

Memorial Category – For members who have served and passed; the trapshooting community through promotion, sportsmanship, and with good conscience and reputation.

Regardless of category, members must have demonstrated exemplary sportsmanship, ethics and character. Eligibility criteria are meant to be interpreted broadly so that no deserving nominee will be excluded from the Hall of Fame. When considering nominations, the Board of Directors will normally consider the following guidelines:

To become a member of the Hall of Fame a nominee must receive the votes of at least two-thirds of the Directors of the APTA during any Directors Meeting where a quorum of Directors may be present, or by mail in (non-electronic mail) ballot to the Secretary, whereby the Secretary will tabulate the votes and distribute results to the Board immediately upon receipt of all Directors ballots. Newly elected members of the Hall of Fame will be announced at the Annual Meeting held in conjunction with the Provincial Tournament.