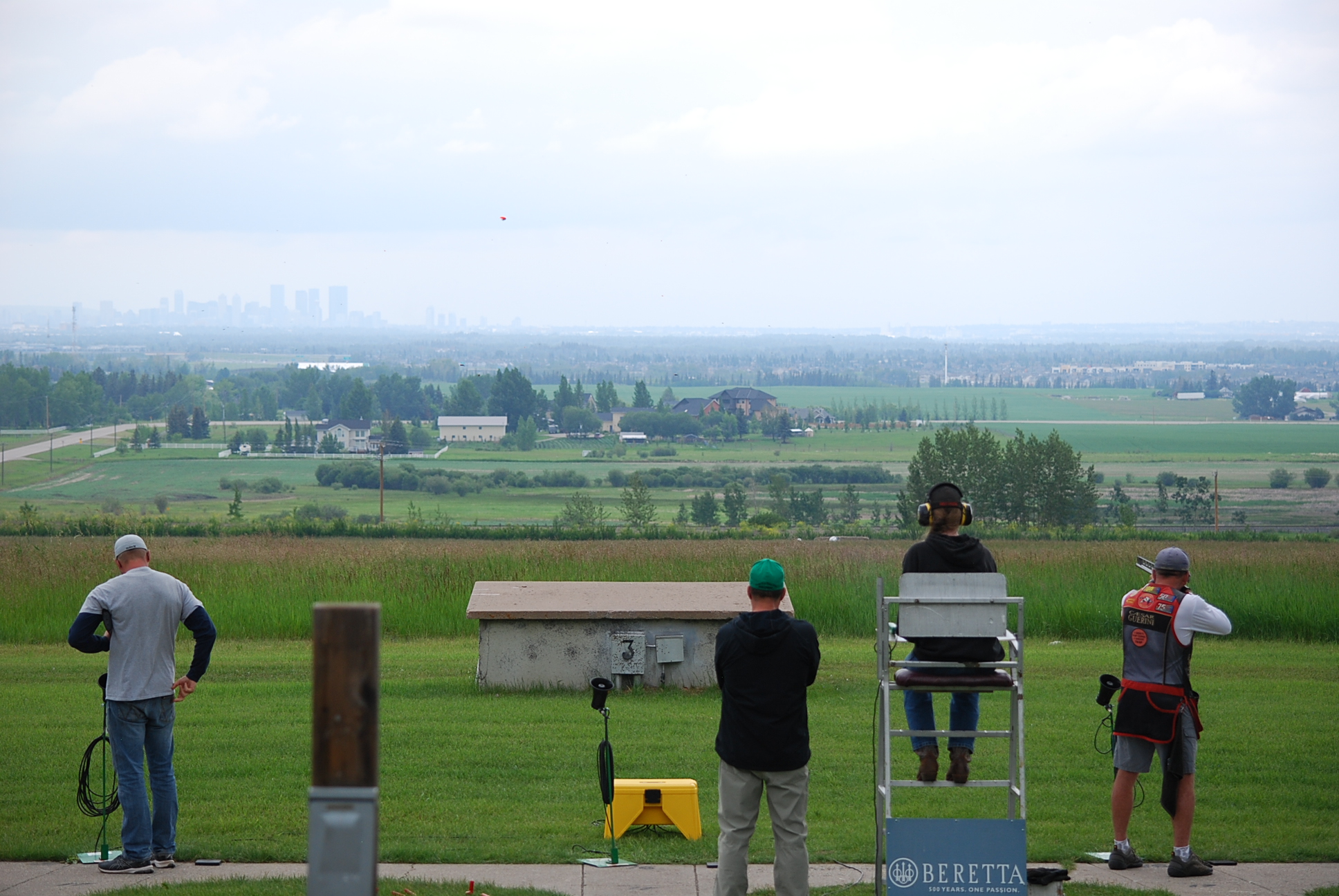 Shoot Year at a Glance
See Full List and Details

Welcome to the APTA

Shootalberta.com is the online home of the APTA, and the Alberta Provincial Trapshooting Championships! Here you can find event dates, host locations and contacts, as well as past champions and current programs.

Shootalberta.com and the APTA are dedicated to the continued development of our sport, and to provide a forum for information and recognition of sponsors, contributors and past champions.

Purpose of the APTA

This program is designed to help new shooters through there first Alberta ATA shoot. The shooter will be contacted by their mentor and arrangements will be made to meet at the shoot. The mentor will help with registration and explain the  classing system. They will explain the bank board and get the new shooter to their first trap round and answer any questions that they can about trap shooting.  Any questions a new shooter may have about being mentored or becoming a mentor please contact Jesse Smith a text is preferred 780 523 6032

I like to send out congratulations to these Alberta shooters who made the All Canadian team. In order to make this team you have to shoot a minimum of 1000 targets in each discipline and you must attend your own provinces provincials. The rules have been modified for the upcoming year in that you now have to shoot all of your own provincial championship targets (400) The previous rule you just had to attend one event. That same meeting had a hotly debated issue in that attending just the Canadians did not make you eligible for team Canada you had to attend your provincials. The vote was 4 to 3.  Alberta BC and Quebec voted that Attending the Canadians alone should make you eligible.

The fall grand had some good results from Alberta shooters.  Art Peyton won the pre grand singles with the lone 200 straight. Brad Johnsons 98 in the championship handicap was good enough for third after beating Scott Obenchain in a shoot off 24 / 23.  Scott is one of the top Shooters in all of the USA.  Rod Hymus had one of his best doubles scores with a 95 and shot above his average all week long. Our top three Albertan's in the HOA finished 11th Brad Johnson 1060/1100 18th Art Peyton 1053/1100 and 36th Jesse Smith 1040/1100.

Our 2022 all stars have been named congratulations to Barry Johnston and Tom Foss for making the team. Toms average was high enough to make the All Canadian team and the first team of Alberta. He will be getting a custom belt buckle to acknowledge his great year.  Our Alberta clubs should take a bow we managed to throw the 2nd most ATA targets of any province. Ontario threw the most 448275 and we had 349800.  We did well for a province of 4 million.  The most Alberta targets, 10550 were shot by Darin Schuller. Thank you Darin for supporting Alberta trap shooting a Shamrock leather bag is headed your way. 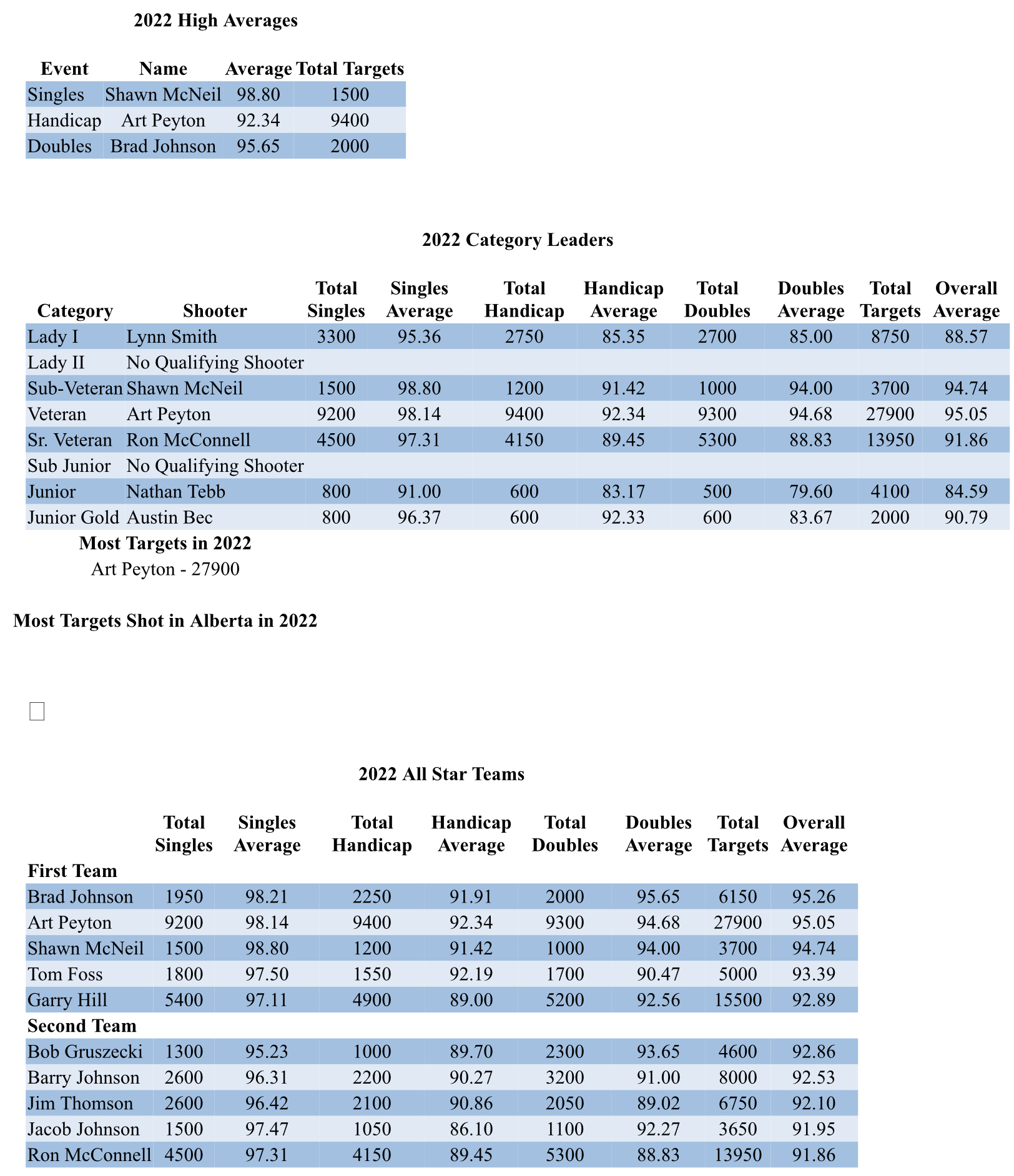